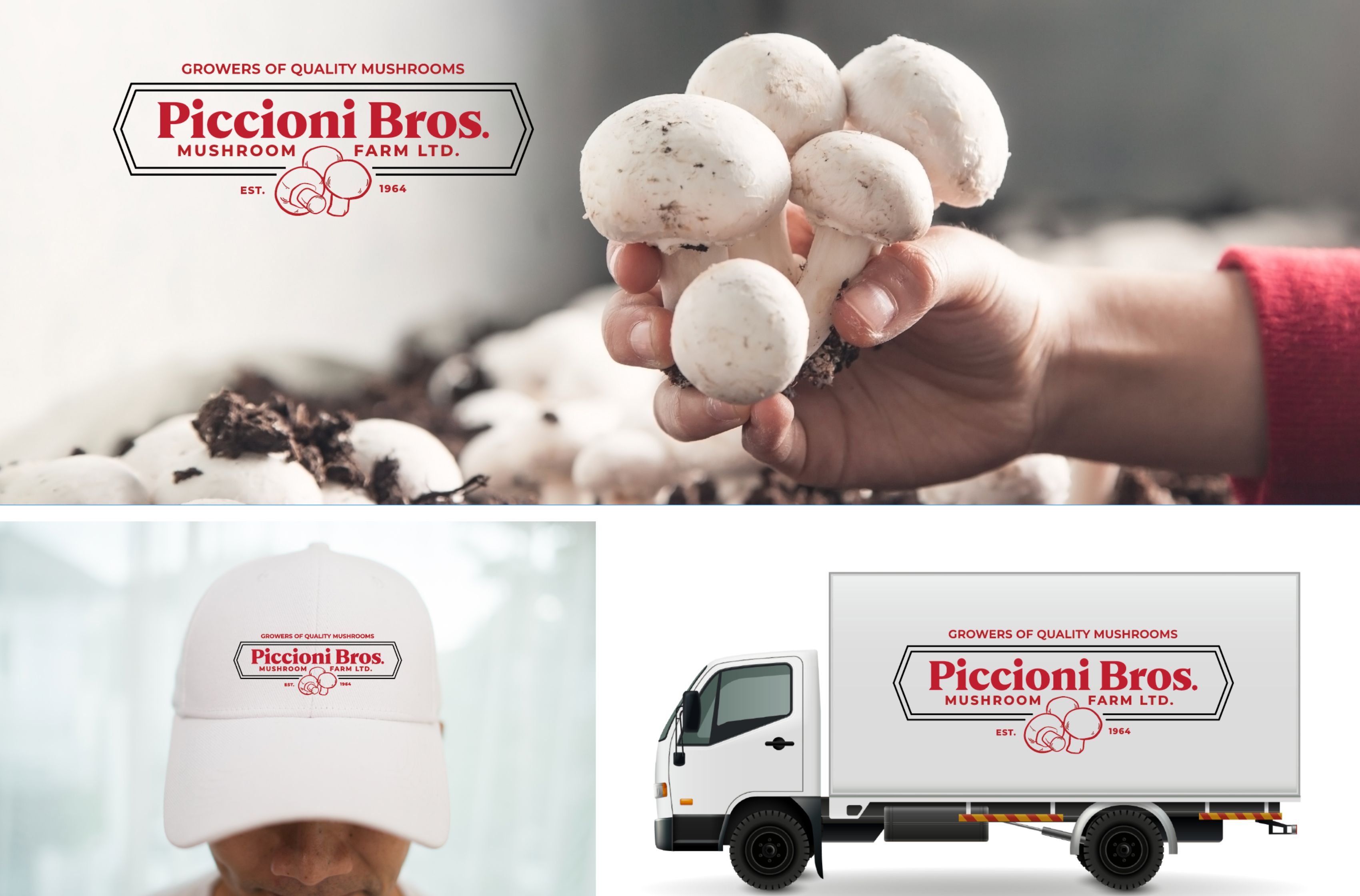 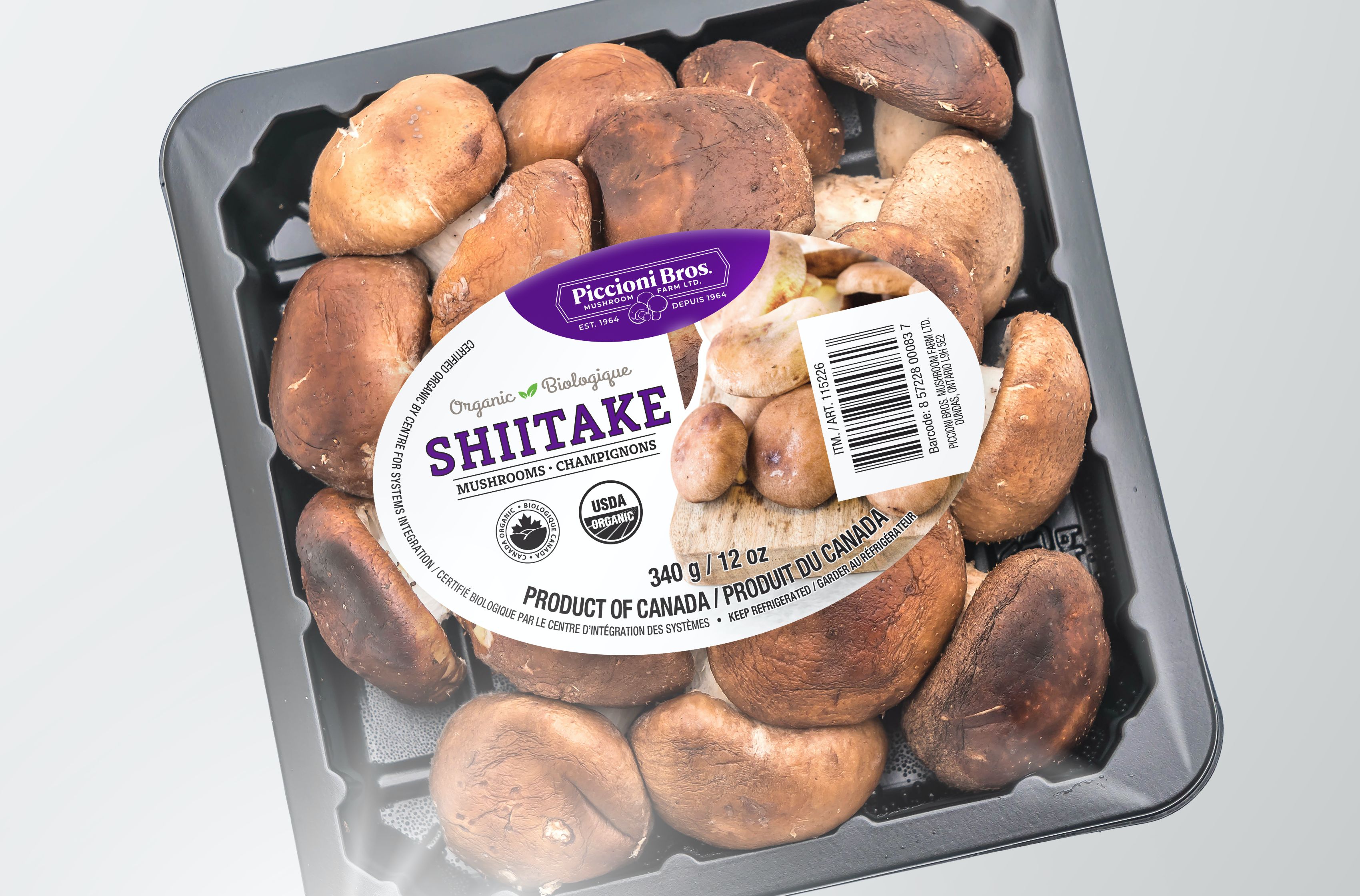 Piccioni Bros. Mushroom Farm is a Canadian mushroom grower with a farm just outside of Dundas, Ontario. Founded in 1964 by Battista and Tony Piccioni, and now run by Lorenzo Piccioni and his sister Anna Piccioni, the farm had not put any time or consideration into their brand. Their mushrooms were selling, their reputation was good, so they took an "if it's not broke, don't fix it" approach to their logo.

When a large retailer came knocking at their door in early 2020, they knew it was time for an identity refresh, which included a new logo, mushroom package design, and master box design.

REES + STAGER helped the Piccioni's take their logo from 1964 clip-art to professional. The new logo has the 'feeling' of a modern/advanced company without being too trendy. The logo also speaks to the longevity, family history, and vast mushroom growing experience Piccioni has, having been in business for almost 60 years.

Once the new logo was established, it was time to give Piccioni's mushroom labels and boxes a modern facelift. In the supermarket, consumers are more and more considering package design when selecting a product, and mushrooms are no different. We want them to reach for a package of Piccioni mushrooms and be enticed by the branding, colour scheme and imagery used.

In the end, the new boxes and packages not only modernize Piccioni's mushrooms, but they also entice the consumer to try them! 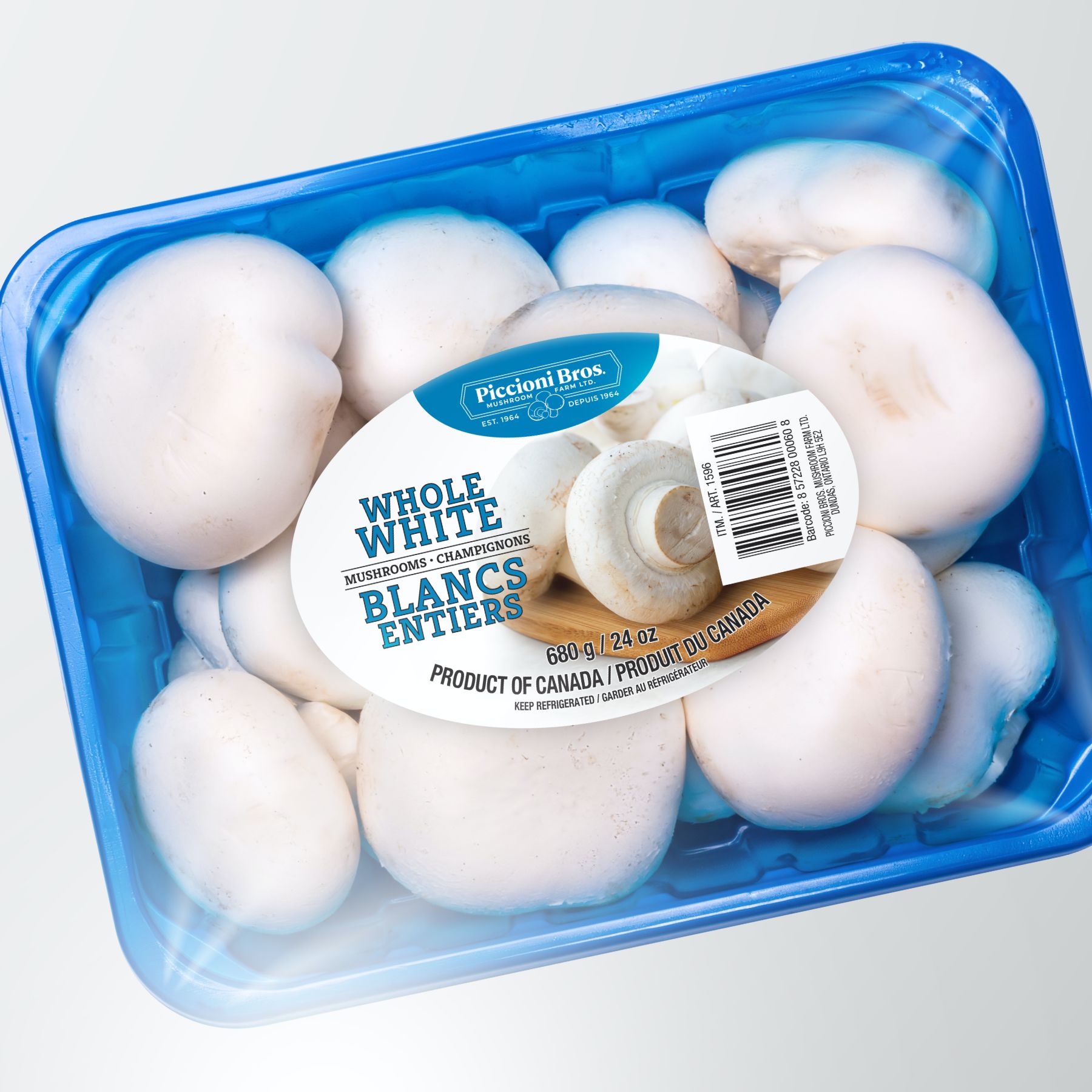 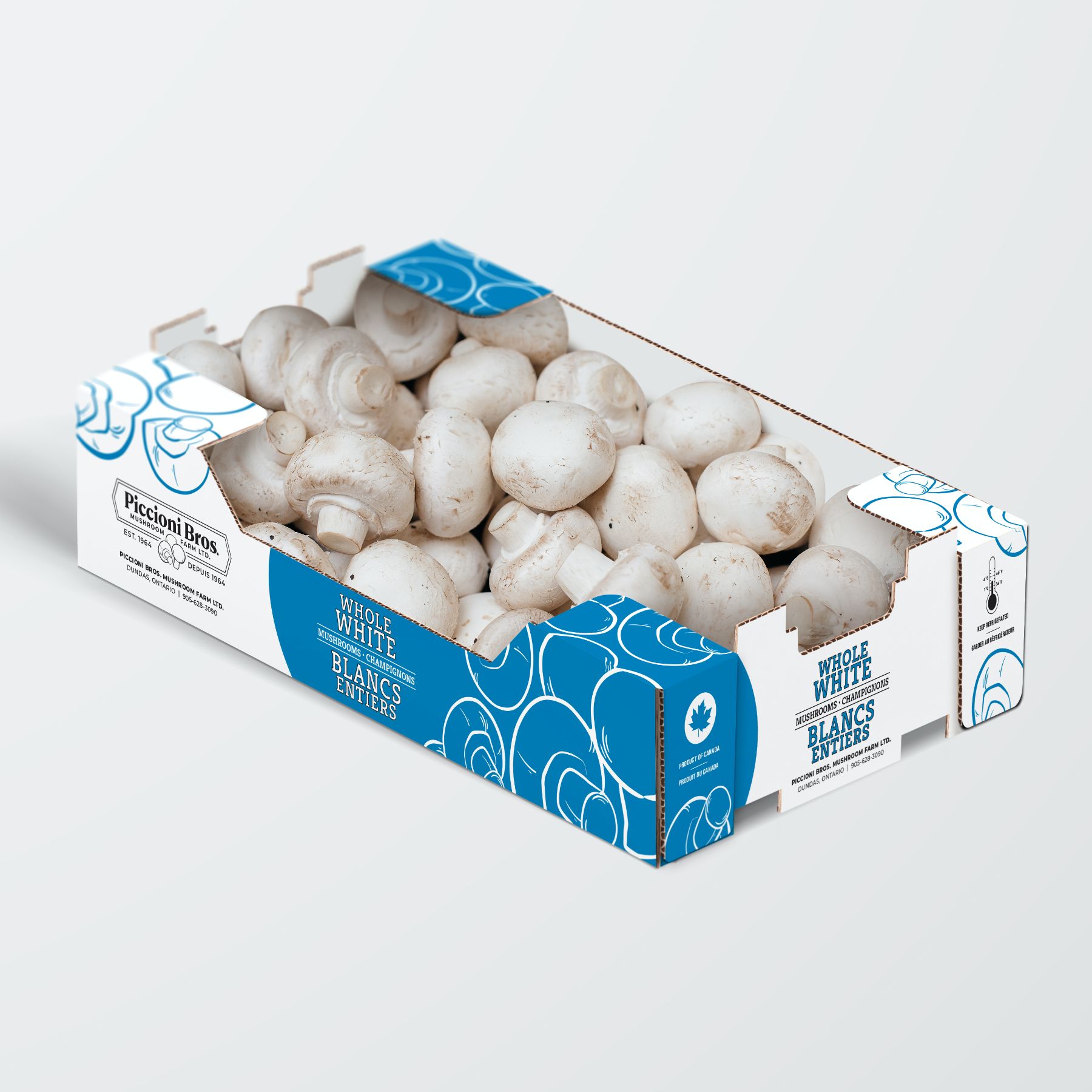 Back To All WorkNext Project

Interested in chatting about your business and how we can work together to get you more clients, more engagement or more sales?

Stay up to date

Thank you! Your submission has been received!
Oops! Something went wrong while submitting the form.
© 2020 REES + STAGER Inc.